A Wellington café has been ordered to pay a job applicant compensation of over $9,000 after refusing to pay her for a one day work trial.

Sfizio Limited interviewed Helen Mawhinney for a position at one of its two cafés, known as the Wadestown Kitchen.  They had Mawhinney make three coffees during the interview, then invited her back for what they later referred to as a “competency assessment”.

That “competency assessment” was a 7.5 hour shift, in which Mawhinney worked in the café serving customers and cleaning the premises at the end of the day.

When Mawhinney asked to be paid for her work, Sfizio said they did not pay for competency assessments, but offered her a job.  Mawhinney declined the job offer and said she was entitled to be paid, citing her childcare and travel costs, and saying she was never told the work was unpaid.

The dispute escalated with Mawhinney posting messages on social media asking if anyone else had been “tricked” into unpaid work with Sfizio, and Sfizio’s directors writing scathing reviews of a business owned by Mawhinney’s mother.

The Employment Relations Authority was not convinced by Sfizio’s case, finding that the employer had not been clear that the work was unpaid.  Further, the Authority Member did not accept that Sfizio needed to assess if Mawhinney could make coffee under pressure, given she had made three coffees under the pressure of a job interview already.

Ultimately, Mawhinney was awarded pay for the day, plus four weeks lost wages and compensation for hurt and humiliation of $7000.  Quite possibly Sfizio learned more from this work trial, than the job applicant did.

While the cost to Sfizio seems eye wateringly high for a day’s work, the decision is not an outlier.  Back in 2013 an employee who undertook three hours of work across two days by way of a trial, received six weeks lost wages and $5000 compensation, after the Employment Court found she was an employee.

Work trials are common in some industries, particularly the hospitality industry, but employers using them may be pushing their luck if they seek to claim there is no employment relationship in place during the trial.

If the person undertaking the trial expects to be rewarded for it, and they are doing work which is of value to the employer, it is likely an employment relationship exists. In these circumstances paying anything less than the minimum wage is unlawful.

It is also unlawful for an employer to employ someone for a short period just to assess if they can do the job.  The Employment Relations Act 2000 prohibits an employer from employing an employee on a fixed term basis for the sole purposes of assessing their suitability for a permanent job.

Having said that, employers can use trial periods to assess a new employee. Trial periods can be for up to 90 days and must be set out clearly in the employment agreement. From 6 May 2019, given the recent changes to the Employment Relations Act, only small employers (under 20 employees) will be able to use them.

An employee who is employed on a trial period is still entitled to all the same rights as any other employee, including the right to be paid.  However, if their employment is terminated within the trial period, they cannot bring a personal grievance challenging the dismissal.

Of course an employer can also carry out reference checks on job applicants, as long as those checks are done with the consent of the applicant and gather only relevant information.

So what can an employer do to assess a job applicant’s skill for themselves without committing themselves to an employment relationship?  An employer can ask an applicant to participate in an unpaid assessment on a voluntary basis.  However, the employer should be clear at the beginning that it is unpaid. Even better would be asking the employee to sign a form indicating they accept that the assessment is unpaid and are volunteering.

No reward can be offered for the trial – including even free food.  In both the cases mentioned above, the fact the employee was given a free meal was considered a “reward”, which meant that the definition of “volunteer” could not apply.

In terms of the content of the work, it should not be productive work which benefits the business.  Making coffees/meals for the interviewer to sample is fine, but asking them to fulfil customer orders is likely to be viewed as “work”.

Sfizio may think they were hard done by in this case, but so did the job applicant who had to put her children in childcare, travel to work, and complete a 7.5 hour shift in a busy café, without pay. 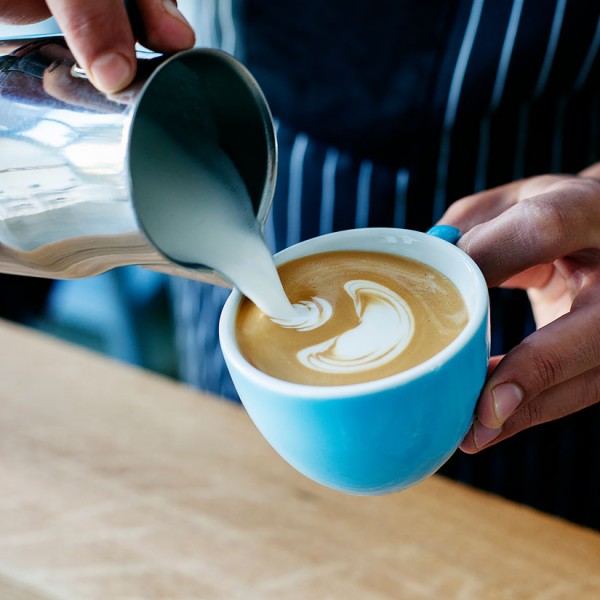