The National Party has recently been attempting to deal with the leak of Simon Bridges’ travel expenses, which were released about a week prior to the official release of all MP’s expense details. The leak of Bridges’ expenses has caused somewhat of a political stir, and not necessarily because of what they revealed.

After National called for an inquiry into who leaked the expense details, the Speaker of the House, Trevor Mallard, obliged by appointing a QC to head the investigation. However, Mallard subsequently called the inquiry off after receiving a number of text messages from someone claiming to be a member of the National Party, stating that they had leaked the expenses and citing mental health issues.

As Mallard said, his priority was to get the person the appropriate support. While Bridges has also said that the wellbeing of the person is his “utmost concern”, National has pushed on with its own internal inquiry, unconvinced that the leaker is in fact a National Party member.

There has subsequently been public debate over whether Mallard should have called off the inquiry, and whether the wellbeing of the leaker trumps “the integrity of the parliamentary system” as Bridges puts it. In the employment context, it is a good example of the potential issues that can arise when employers are faced with an employee with mental health issues during an employment investigation.

An employer may consider it necessary to undertake an investigation in cases of employee misconduct or serious misconduct, or when there has been an allegation of bullying or harassment.

Consistent with the principles of natural justice, employers undertaking such an investigation need to ensure that the process is fair, and that the employee is given an opportunity to respond to any information collected as part of the investigation.

In addition, there are also health and safety obligations that arise, both to the employee whose conduct is being investigated, as well as any other employees who have been affected by the conduct. This is even more important where employees display signs of mental illness or advise their employer that they are suffering from mental health issues.

Good practice for employers undertaking investigations is to offer support to all employees involved through the employee assistance programme, or EAP.

While to some, it may seem incongruous to provide support to employees who at the same time are being investigated for behaving poorly, an employer’s obligations to monitor employees’ wellbeing do not stop just because an employee has been naughty. Additionally, in many cases, an employee’s misconduct may be the result of other issues in their life.

Another issue that may arise is where an employer launches an employment investigation only to have the employee being investigated take an extended period of sick leave. This can throw up a range of issues and make it difficult to progress the investigation.

If the employee is genuinely sick, then an employer would find it difficult to insist that the employee attend any interviews or provide feedback on any findings as part of the investigation.

In one case, The Free Range Egg & Poultry Company Limited attempted to dismiss Roxanne Miller, who was on sick leave, after discovering conduct which, in their view, amounted to serious misconduct. Despite Miller providing medical certificates declaring that she would be unfit for work until 8 January 2016, the employer requested that she attend a disciplinary meeting on 21 December 2015 to respond to the allegations. When Miller failed to show, her employment was terminated.

The Authority held that Miller was unjustifiably dismissed as the employer should not have sought to proceed with terminating her employment in circumstances where Miller had advised she was not in a position to attend the disciplinary meeting and had provided medical certificates supporting this position.

As this case illustrates, having an employee take sick leave when an employer is attempting to investigate misconduct can make it difficult to conclude an investigation. So, what can an employer do in these circumstances?

Although the employee is entitled to take sick leave for genuine illness, the employer can still progress with the investigation and establish all of the facts prior to putting this information to the employee when they return to work.

If the employee remains away from work indefinitely, then an employer could seek to refer the employee to an occupational therapist or medical expert to seek advice on whether the employee is fit to attend an investigation meeting.

As the National Party leak saga shows, there may often be underlying mental health issues for why an employee is behaving poorly. While this does not necessarily excuse the misconduct, it is important that it is managed in such a way that the person’s health is not put at risk. 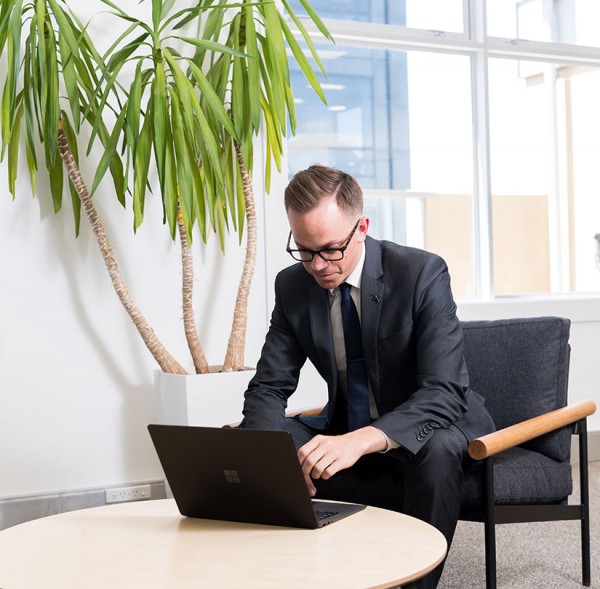