Vaccination has become a lightning-rod topic which has divided workplaces across the country and forced people into camps.  This will be exacerbated as thousands of employers seek to roll out mandatory vaccination policies in advance of the implementation of the traffic light system and non-vaccinated employees start to lose their jobs.

Healthy debate and the sharing of ideas occurs in most workplaces.  We generally embrace the fact that people have different views, and this can lead to a broader level of understanding of the perspectives of others, and ultimately, greater tolerance.  This goes for work related discussions and also water cooler and lunch room banter.

Yet, when it comes to the issue of vaccination it seems that many employers have implicitly banned the expression of anti-vax views or created a culture where this is seen as wrong and anti-social.

Whatever reasons people have for not wanting to be vaccinated, shutting down discussion of this nature, or seeking to take employment action against people who express personal opinions, is not consistent with the usual acceptance we have of freedom of speech and could appear draconian.

Whether employers are justified in taking this approach will depend on the circumstances.  For doctors and health workers, expressing anti-vax views in a public setting is likely to be viewed as inconsistent with their professional responsibilities.  The New Zealand Medical Council is currently dealing with multiple complaints against doctors who are alleged to have spread anti-vaccination misinformation, and it says it has zero tolerance for anti-vax positions.

This makes sense given the duty of medical professionals to protect public safety and to ensure that any advice they provide is informed and evidence based.

However for employees in other sectors, whose roles have nothing to do with public safety, it is unlikely that the sharing of personal anti-vax views could be regarded as breaching their employment obligations.  Generally employees are entitled to express their own opinions in the workplace, and in the public sector, this is overlaid by the right to freedom of expression which is enshrined in the New Zealand Bill of Rights Act.

The other grey area is where an employer is concerned that the expression of public views by an employee brings the business into disrepute.   This is difficult because it assumes that publicly stating anti-vax views is wrong and reflects poorly on the employer.  Whilst the vast majority of New Zealanders have been vaccinated, it would be a stretch to suggest that making statements of this nature is in itself inherently damaging to the reputation of their employer.

Again this scenario is likely to come down to whether the employee’s role and professional responsibilities are such that it is inappropriate for them to express anti-vax views in a public setting, or whether the way in which they have expressed those views is the problem.  Further, if a workplace has a vaccination requirement for workers and visitors, openly espousing anti-vax views or criticising the employer’s policy in front of clients would likely be inappropriate.

As the traffic light system is introduced there will inevitably be more tension and dissent around this issue.  Employers should make their expectations clear, but banning discussion of vaccination altogether is not likely to be realistic, and banning only the expression of anti-vax views is unlikely to be justified.

A sensitive and nuanced approach will be required, which takes into account the nature of the workplace and recognises that people are generally entitled to hold their own views and to advance them in an appropriate and respectful way.

Sorry seems to be the hardest word 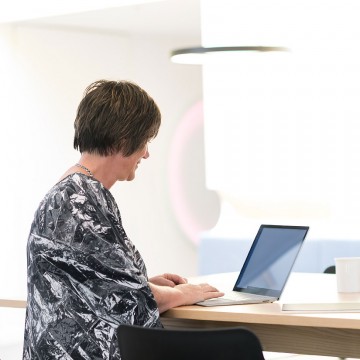 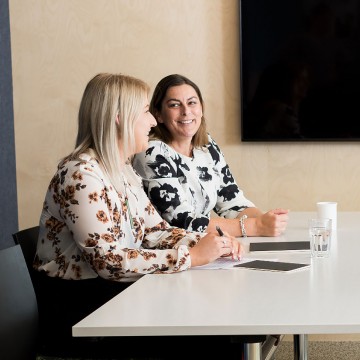 Fair Pay Agreements – a few of the challenges